US companies have by far been the most aggressive borrowers during the last decade. Low interest rates have allowed big US corporates to borrow cheaply (via corporate bond issuance). In a vast majority of cases they took the proceeds of that corporate bond issuance and used it to buy back stock, which synthetically pushed earnings per share higher. For those of you who do not understand that, here’s how it works;

Let’s say company XYZ has a total share count of 100 shares and those shares are generating $1 per share in earnings. So we have 100 shares generating a total of $100 in annual earnings. Now let’s say this company borrows $100. I won’t get into the interest rate on those borrowings or the duration (time horizon of the loan) as I want to keep this very simple for those that do not understand it. Now company XYZ takes that $100 loan and buys back 50% of its stock in the open market. Company XYZ now has a total share count of 50 shares but it is still earning a total of $100 in annual earnings. Magic! Now there are 50 shares in existence earning $2 per share. Earnings per share has doubled even though the company is not
earning any more money than it did before. This effect decreases the supply of shares, driving them higher, but the company now has a lot of debt.

Here is an example of what those ratings look like; 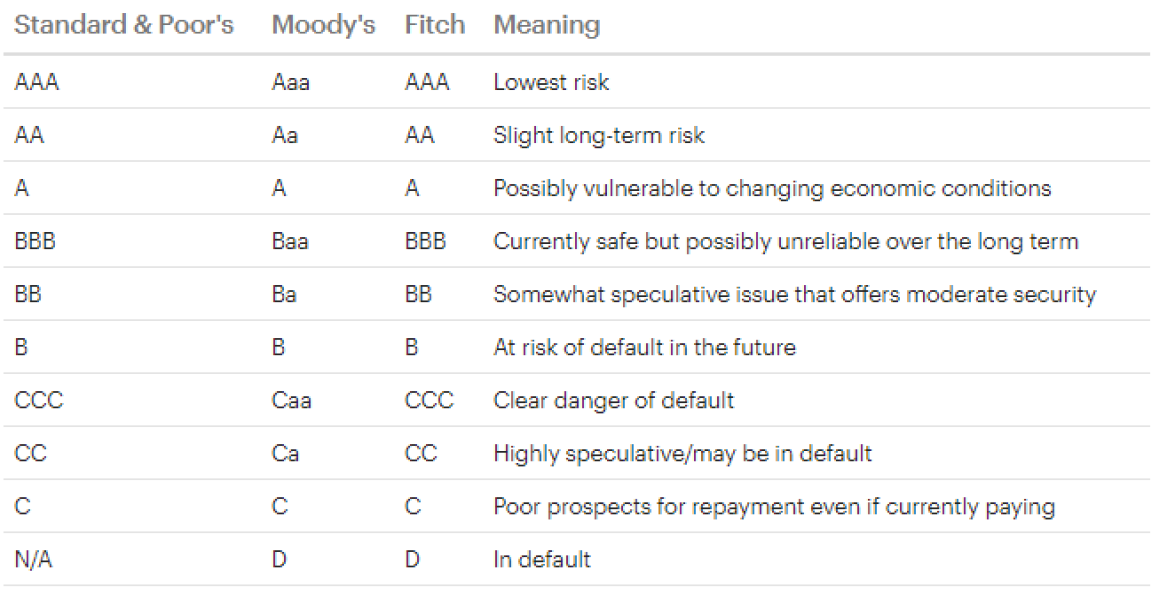 The different buckets of corporate bonds get pooled into groups which are then wrapped up into funds and ETFs. These funds and ETFs have rules that they have to stick to (mandates) in terms of what they are allowed to hold. So when a bond gets downgraded from say “Investment Grade” (refers to any bond rated Baa, BBB or higher) status to “Junk” (refers to bonds rated BB, Ba or lower) status, the funds and ETFs that hold them have to immediately sell them. This causes the interest rate they will pay to borrow more money, to go up. When this happens at a time when the company in question needs to borrow money quickly, it can become a big problem very fast.

There are plenty of companies out there who have large amounts of short term funding needs now, that we did not think would be an issue even 4 weeks ago. The reason for that is because cash flows have come to a grinding halt for a lot of companies.

When this kind of situation arises for one company while the majority of other highly leveraged companies don’t need to borrow, then it is easier for the company in question to borrow. When a lot of companies are in trouble at the same time it becomes much harder.

The table below from BofA shows the top 30 S&P 500 companies by % of short term debt maturing within 1 year. 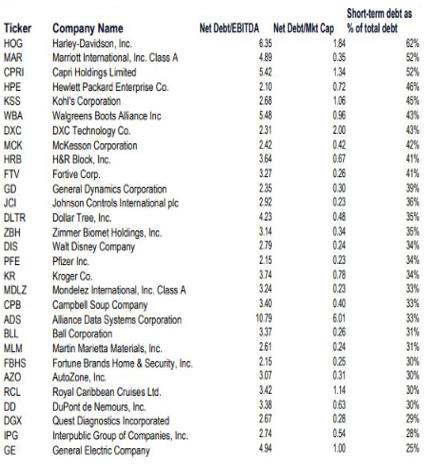 I mentioned Germany’s actions last week and how heartening they were. Other governments need to act swiftly in order to stop a corporate credit crisis from occurring. Yes banks are better capitalized now than they were a decade ago which makes the systemic risk significantly lower, but that isn’t going to stop big job losses happening if some of these companies go bust.
Conversely companies that have a lot of cash and little debt are best placed to weather the storm. Particularly those that can actually operate in this environment.

I’ll finish this with some good news. China is beginning to recover to more normal levels of economic activity.
The graph below shows the avg congestion index in 100 Chinese cities. Clearly activity has picked up. A good sign. 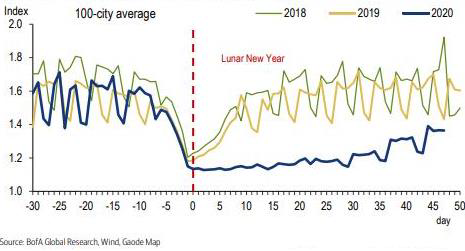 The virus may have started there but we probably need to follow their example in terms of containment and the economic support that they gave to companies that were badly affected.