The Financial Dangers Lurking Beneath

Stock markets have enjoyed substantial gains this decade and up until September last year the rally looked set to continue. What upset the equity market was the downgraded outlook for global growth and a US ten year bond rate in excess of 3%, which acted as an attractive alternative to stocks and a method of compounding gains. 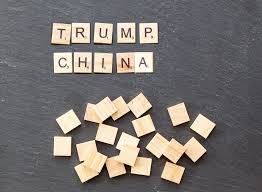 That has all changed. The trade war between the US and China, the issues with Huawei and the European negativity surrounding Brexit, Italy and the European elections have worsened the global growth outlook and put Central banks firmly on the low interest rate agenda again. US 10 year bond yield is back to 2.15%, which allowing for inflation is now, not an alternative to stock holdings.

Stock markets are holding in quite well considering, mainly because there is no obvious investing alternative. But could that be about to change if the weight of bad news outguns the central banks it will causes the markets to collapse, leading to a long global recession.

The partnership, between the United States and China, which has shaped global trade for 20 years, is breaking down. US administrations in the past have given the Chinese open access to the American economy, in the hope of furthering political freedom and economic liberalisation. It hasn’t worked.

Trade talks have broken down and positions have hardened on both sides. There seems only one remaining opportunity for compromise and that is the G20 starting on the 28thJune. By the end of the summer full sanctions will be in place and that includes Huawei. The 90 day extension was not a concession to Huawei, as speculated, but time to allow US telecom firms to find an alternative vendor. Without going into too much detail the outcome of the Huawei spat is massive for the global economic outlook, as it will uncover US policy towards China and the Chinese policy response.

Many think the relationship between these two countries is a “Thucydides trap” i.e. the risk of conflict, when an established power finds its interests are in conflict with those of a rapidly rising power. This could lead to a total breakdown in co-operation between the two and a fall back to another cold war. Not a pretty analysis.

On top of this Trump is threatening tariffs on Mexico. This has the ability to get totally out of control and very serious quickly. Trade wars are like a bar fight. Somebody throws the first punch but in the end everyone is getting hit.

This is the backdrop to which the Brexit debacle is playing. I have commented on Brexit for years now and many times in this publication. I have always believed that a ‘no deal’ is very unlikely due to the uncertainty and carnage that it will cause. Remember the Germans sell the UK €90 billion worth of goods each year and buy €50 billion. Surely politicians are not allowed to jeopardise that, are they? The best course of action was always to ‘kick the can’ and hope the mind set changes to remain. I believe we can still get to there in the end. 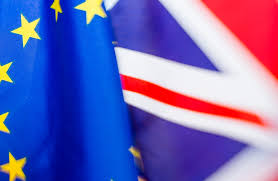 What worries me more is the total destruction of the UK political system the Brexit agenda has caused. I am not particularly political minded being from a trading background, which requires one to always backing the leading horse, but a stable government is a must and that seems a long way off now. There may be some very troublesome times ahead for those exposed to the UK economy. Uncertainty is the worst of all worlds and it seems we are in for more than our fair share of that. Kicking Brexit out a couple of years until we get some stable leadership would be the most welcome outcome for now. Here’s hoping!

On mainland Europe it has been quiet for a while but Italy are back at the fiscal rules agenda and very unlikely to comply. Does it matter? Probably not with the Trade war escalation. In fact we may get some very expansionary tones form Central banks to offset the damage caused by sanctions. Either way it is going to be a volatile summer.

Peter Brown is Head of Education at IIFT and Managing Director at Baggot Investment Partners (Baggot.ie)

IIFT host an Investing Educational Seminar on the 22nd June, details at iift.ie