January normally starts off slowly as money managers assess the year in terms of which asset classes will perform, and which are overpriced. 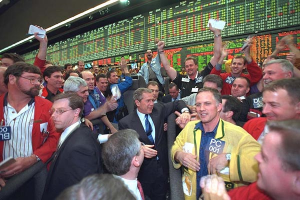 This is normally a calm process because clients’ money is already allocated and it’s a case of whether some switching is needed. Rarely do we ever have to do a full spring clean.
The start of this year was different. Big themes dominated — Brexit, President Donald Trump and the political landscape in Europe. Any one of these was enough to make market participants sit up and take notice.
For investors, the question is whether any of these key issues would trigger a sustained market sell-off, or even a recession. If it is a short, sharp shock we can sit through it — markets correct like that all the time. A year ago, we saw the market correct 15%, only for it to be at all-time highs again in March.
It feels like we have been playing a game of ‘he’s behind you’ — constantly turning around only to find nothing scary at all. That’s what has happened so far. Being hyped up and expectant all the time can be exhausting and the market certainly feels that way. But the Brexit meltdown has not materialised and neither has the Trump rally.
Brexit is an easy call. The authorities and many commentators over-egged this one. In reality the game has not started yet. When Article 50 is triggered and negotiations start then we will see. However do not expect too much too soon.
We will be bombarded with sensational headlines but market reaction will be muted, because we expect pragmatism to win out in the end. Germany will continue to sell its €90bn of goods to the UK when Brexit is complete.
In other words, civil servants and politicians will negotiate but industrialists will dictate. If the outcome is anything other than pragmatic, markets will react. But that is years away.
The political landscape in Europe is more immediate. Anything could happen electorally so the outlook for the eurozone is seriously worrying. We have a raft of elections, a banking crisis in Italy and a debt crisis in Greece.
We have a euro too low for Germany and a euro too strong for Italy and France.
We have low interest rates to help service debt in indebted countries and no interest rates for savers in Germany. This is like a tennis club whose membership is made up of people who like rugby, soccer, sailing and chess.
However, low interest rates and accommodative ECB policies mean the market is quite relaxed about it all. Look at Greece for example. For those expecting a quick and volatile end to the euro will be sadly disappointed. The outlook for the euro is however clouded. If Brexit goes well for the UK and European elections go badly, then pressure will mount on Brussels.
Then there is President Trump. You cannot ignore him. The market is fascinated by how different he is. Barack Obama had little or no impact on markets for eight years. President Trump was elected in a market euphoria of fiscal stimulus, deregulation and job creation.
Stock markets were up 15% and the dollar 18% before he was sworn in. The stock market has held its gains and the dollar only eased off a bit.
For fund managers and investors, there has been no scare and no volatility. Maybe the reality is the US economy is close to full employment anyway and the US is a democracy, not a dictatorship. Low interest rates have meant funds stay invested and are not moved. Who wants money on deposit at these low rates?
Trump, Brexit and European elections still have the ability to cause severe corrections but it will take some shock to move this market from its slow momentum. So far it’s like being at a scary movie with no scary bits.
Peter Brown is director of Baggot Investment Partners and head of education at IIFT.ie. IIFT hosts a conference on Brexit, Europe, Trump and markets at UCD on March 4.