Corporate debt is the one thing that could go badly wrong 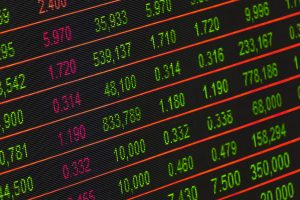 To determine what can go wrong in 2018 for financial markets, the first thing we need to consider is where risk is greatest.
And that comes down to valuation.
There is a reason why value investing outperforms so-called income investing and growth investing over long-term horizons.
It is because value investing seeks to buy assets that are intrinsically worth less than the prices they trade in the market. Value investing requires that you get a bargain.
In simple terms, if you get something cheaply enough, a lot has to go wrong before you lose money.
A stock valued at 10 times earnings carries a lot less risk than a stock trading at 30 times.
At that price, it doesn’t take much to go wrong to lose a lot of wealth.
The great economist and investor Ben Graham said that “price is what you pay and value is what you get”.
If you get a cheap price, you get a lot of value in return, and if you get an expensive price, you get little value in return.
If you pay a high price your investment is very exposed to an economic slowdown.
Pay a low price, particularly for shares with relatively low debt, and you don’t carry as much risk.
Valuation is a poor predictor of shorter-term returns, but an excellent predictor of returns in the long term.
Avoiding expensive assets is the best way to avoid risk, not just in 2018, but always.
The more you pay for an asset relative to earnings, the more likely you are to suffer a significant loss of capital.
You do not have a lot of control over macroeconomic forces, but you do have control over whether you get value for the asset in question.
Running a valuation screen (which is available at www.starcapital.de/en/research/stock-market-valuation) shows that of the most developed markets, the five most expensive, in descending order, are the US, Switzerland, Denmark, Ireland, and Australia.

The five most expensive in emerging markets are India, Indonesia, Philippines, Mexico, and South Africa.
On a valuation basis, in developed markets, the US is the highest risk.
The worrying bit here is that many of the ETF and fund benchmarks are market cap weighted, which means many globally diversified equities funds will have the highest weightings in US companies.
The MSCI World index has almost an exposure of 59% to US companies.
The UK, Germany, Spain, France, and Norway all have comparatively attractive prices, relative to the US.
The Czech Republic, Portugal, Hungary, and Poland, show relatively attractive valuations.
They are priced to perform better in the long run.
In emerging markets, India, Indonesia, Philippines, Mexico, and South Africa are all in the high-risk category.
Russia, South Korea, China, Brazil, and Turkey show relatively attractive valuations.
As for bond valuations, I like to value bonds as if they were stocks.
Tapping data from www.investing.com, on a price-earnings basis, for comparative purposes, I come up with the following numbers for 10-year government bonds for Japan at 1852, Germany at 260, the UK at 85, Italy at 52, US at 41, Australia at 37, Canada at 50, Brazil at 9, Mexico at 13, Poland at 30, China at 25, India at 14, S. Korea at 40, and the Philippines at 17.
Developed market bond valuations are more expensive than equities by a very wide margin.
Japanese, German, UK and Italian bonds are more expensive than their US counterparts.

I can’t tell you with any real certainty what will go wrong in 2018, but half the battle is to know which assets around the world carry the highest risk on a valuation basis.
If something goes wrong in equities, bonds, or both, the areas that will suffer the greatest drops in prices will be those that trade at the highest valuations.
That is the closest thing to certainty
I can give you.
What’s the worst thing that can happen in 2018 and what could be the driver?
In my opinion, a meltdown in debt markets.
I don’t know if it is this year or not because I’ve been early before (2006 comes to mind), but I can tell you that when we come to a point in time again where valuations matter, debt is going to be more heavily scrutinised by the
market, particularly corporate debt.
That’s because, after the guts of a decade of quantitative easing, the policy of global central banks is changing across developed markets.
Central banks set out to create
inflation by printing money to buy bonds, pushing bond yields down and lowering the financing costs for those who could issue debt.
Big companies issued bonds and used the money to buy back stock, which drove earnings per share higher synthetically.
Everybody is happy, right?
CEOs get their fat bonuses. Bondholders get higher yields than in government bonds. Shareholders get higher prices.
But what is left behind are the seeds of crisis: Bloated corporate balance sheets without enough growth to service the debt, when the cost of financing that debt rises.
Could that be an issue now?
It could indeed be an issue very soon.
The US Federal Reserve has been raising interest rates and pursuing a policy of quantitative tightening.
During the era of loose monetary policy or quantitative easing, the US central bank bought bonds and redeemed for cash, and then reinvested the proceeds in more bonds.
Now under quantitative tightening, when a bond gets redeemed, the Fed removes the money from the system and the Fed’s balance sheet shrinks.
The Fed balance sheet run-off is just beginning with the removal of $10bn per month, with the cap raised by $10bn (€8.4bn) each quarter until it reaches $50bn a month.
A lot of liquidity is leaving the system.
What’s most worrying is that the US budget deficit will widen significantly as a result of President Donald Trump’s tax-cutting policy, meaning that the US government is going to have to issue a lot of government debt in order to cover its future liabilities.
You have a ton of new bond supply coming to the market at a time when the biggest buyer for those bonds — the Federal Reserve — has left the building.
To me, that sounds like a recipe for trouble.
If you own government bonds in highly-rated countries, you know you will get your money back.
You could lose purchasing power to inflation, but you will get your money back.
This is not the case for corporate bonds. They do not have a printing press.
The ECB is further behind in the cycle compared to the US, but it was far more aggressive than the Fed.
Not only did the ECB print money to buy government bonds, it printed money to buy corporate bonds directly.
If US government and corporate bond yields rise, that will only serve to make European bond markets look even less attractive in comparison.
If there is one thing that can go seriously wrong in 2018, it is a problem in the debt markets.
There are many possible triggers that could cause turmoil in the bond markets.
It is unlikely that I would be able to guess correctly what that trigger could be and how a domino effect could play out.
Ultimately, the best way to avoid potential turmoil is to avoid expensive equities and bonds.
The silver lining is going to be those areas that have low debt-equity ratios and trade at relatively attractive valuations.
No matter what goes wrong, companies that have no or little debt are much more likely to do better in the
future.
David Flynn is chief investment strategist at Baggot Investment Partners at www.baggot.ie

If you require any more clarity on any of these ideas, David Flynn is contactable at: dflynn@baggot.ie
https://www.irishexaminer.com/…/corporate-debt-is-the-one-thing-that-could- go-badly-wrong-820900.html